It’s been a while since we updated, so here’s what we’ve been doing.

We played a bunch of shows, including some cool ones with Norma Jean, Revenge of the Psychotronic Man and many others.

All of our music is still free, and we’ve been constantly recording in order to fulfill the song a month plan for 2016. You can find January until August in the playlist below. We’ll keep updating it and the playlist will have all 12 songs on there by the end of the year. We’re going to release them as a compilation in December.

It’s been a wild ride so far. We’re excited to release the next few songs for you.

We’re back from tour and we’re incredibly sad. 😦

But we had some merch made before we left, and we still have some shirts left over. They’re £8 and come in a variety of sizes. Click on the sexy picture below to go to our store! 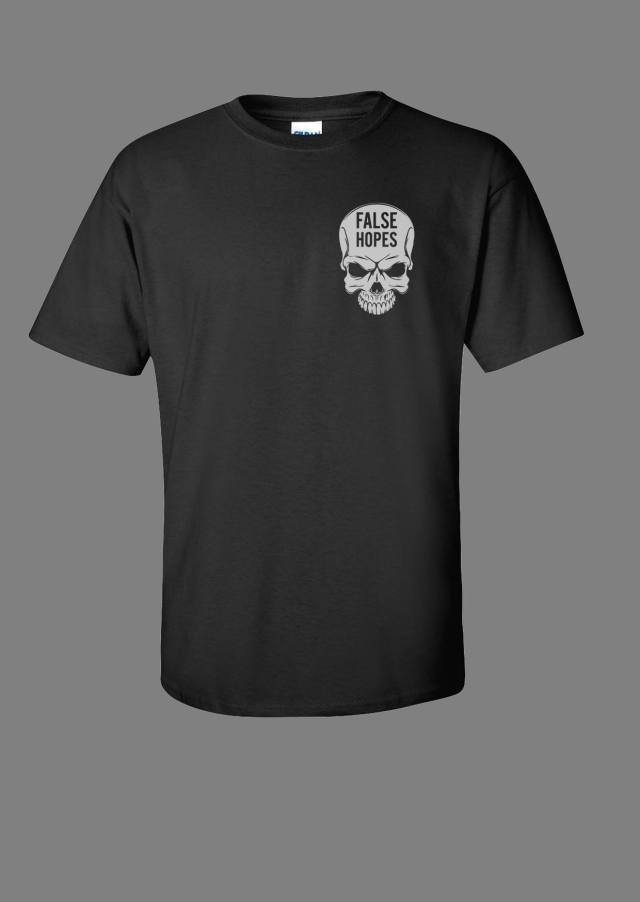 On the 30th of April we released the latest installment from our 2016 singles series. It’s called ‘Red Cola’ cause we’re shite at names. It’s also available for free download below.

We go on tour this week. It should be fun. Please come to a show. We’ll also have some merch which we won’t be putting online until after the tour. We haven’t made many shirts so if they’re all gone by the time we get back, sorry.

Dates are as follows:

New single “Digitalis” is available now. It is the March installment of our 2016 singles series. Nice.

We are doing a small run of shows in Scotland in May. Details are below. Awesome. 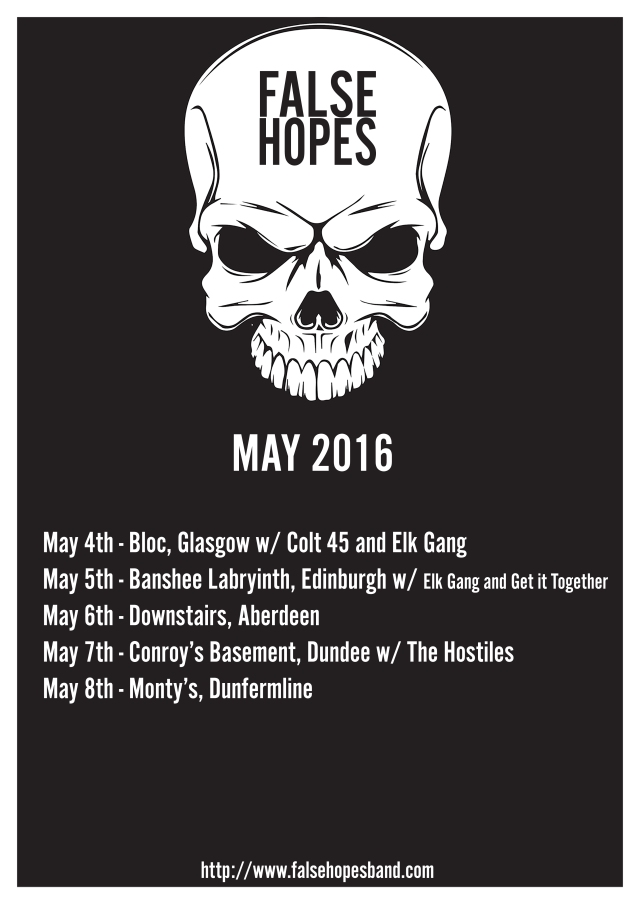 Our new single ‘Turn to Dust’ is available now for free on Bandcamp and Soundcloud.

Check us out in the following places:

EMAIL US FOR BOOKING: falsehopeshxc@gmail.com

But this is serious.

IF WE MAY HAVE YOUR ATTENTION PLZ

You’ve never heard of us. No one has. That’s cool. We’re a new band. We haven’t toured yet because we’ve only played a handful of shows, but we’ve been a band for over a year and in that time we’ve written a whole bunch of stuff. We like it. The stuff we didn’t like we promptly put in the bin because who wants to hear a band play rubbish music that they don’t believe in?

If you’ve heard us you’ll have realised by this point that we don’t really have any hooks or vocal melodies. It’s all screaming and fast drums and heavy guitars. It’s cool, we like that kind of music. We hope you do too.

Because no one has heard of us and no one knows who we are we’ve decided to release our songs in an unconventional way.

When the four of us started making music together the plan was to write 10 songs, call it an album, get some shows, record said album, release it, and then play more shows. Preferably in quick succession over the course of a number a days in a ye olde format often called a “tour”.

Those 10 songs expanded. We wrote some more. We’re still writing because we want to write even better songs, yet we still really like those ten songs and we thought releasing an album or even an EP would be a good way to go about it.

We released a single. Originally we envisaged the single to be a pre-cursor for an album – it’s even got a B-side (which is fuckin’ bangin’ by the way) – but we changed our mind.

Here’s the long and short of it: we’re going to release a song a month for the next 12 months. In December 2016 we will then compile these songs and release them as a compilation in a physical format (if people like them enough).

We’ve realised that in the current musical climate that our music is worthless. As an economic commodity each song is worth less than a penny per listen. With the rise of streaming services we find that artists that are not on major labels with massive PR and marketing campaigns behind them, legions of fans and a significant amount of casual listeners, generate a tiny amount of money. We know this because artists keep telling us this.

Things like bandcamp attempt to address the balance, and to a certain degree this works if you have some fans because there will always be a fraction of your fan base who are willing to buy your music. Most however, will not. They’ll stream it as part of their £9.99 a month package and catch a show if you swing into town. Maybe they’ll pick up a t-shirt or a CD. Maybe they won’t.

For a band that has no fans, no followers and has only played a handful of shows, we think the best thing to do is give you constant content for a year. Unsigned bands and bands on indie labels are still trying to figure out the best way forward in this weird, shifting musical landscape. This is one possible solution. We have no idea if it will work.

We’ve often said to one another that being a band is a black hole of cash. Naturally we’d like it if you paid a little towards our music. For example, as of writing we have 107 fans on facebook. If every single one of them paid £1 for one song then we’d have enough to cover a day’s recording and given our current studio work rate, a song a day is how we’re recording these songs anyway. We’d break even.

You might be asking “why not just sell your tracks for £1 a song? Or 50p a song?” and it’s a reasonable question to ask. Our logic on this is not foolproof, and you’re well within your rights to disagree with us on this, but we find ourselves coming up against the thing that every band comes up against and that is those dreaded words “publicity” and “exposure”.

We want to people to hear our music. We want people to have our music. The stats don’t lie on this – people are more likely to listen to your music for free than they would buy it. In an age of streaming convenience where the worth of music is lower than it has ever been we are shown time and time again that people prefer free music (or at the very most they prefer to play a flat fee every month for unlimited music). We can’t fight against that. We have no fans to fight in our corner with us. No one to buy our music. No one to help us break even so we can afford to record, or to help us make merch etc.

At this point having no fans is to be expected. We have released two songs. We have played five shows in Glasgow. One could argue that having no fans puts us at an advantage because this experiment is not a risk for us.

Apparently the best way to let people hear your music is to let them hear it for free, so the trade-off is to try and get more fans by offering them something they can have instantly. They can have it for whatever price they want to pay for it; they can follow our progress and have a new free song every month for the whole of 2016.

We are leveraging the cost of recording against the good will of people who love music like we love music. We love our songs. We want you to have them right away for as however much you think they’re worth.

Should we be propagating the notion that music is worthless by making our own music available for gratis? Probably not. Is there another option for a band that doesn’t have the money to spend on PR and scant few contacts to book tours? Not that we can see.

We love our music and we want people to hear it. You can certainly help by paying for something if you want or by coming to a show or even sharing our tunes with your friends.

We do not propose this as a solution to a problem that many artists are struggling with, nor do we think this is a model that we will operate beyond 2016. This is an experiment. We want to give you something new every month.